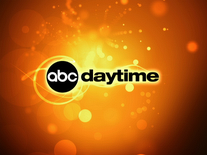 ABC-Daytime Wiki is an encyclopedia that is based on the soap operas produced by ABC. The three main ones are General Hospital, One Life to Live, and All My Children. There are others covering each specific show but being that the show cross over, I wanted to put them all on one wiki. PLEASE HELP US GET STARTED!!!!!

All four look promising, but lack completeness and isn't fully up and running like some of the other wikias.  I was thinking merging these into one, so we can pull our resources to one site and might not have to do double work.

All My Children NEWS[]

One Life to Live NEWS[]

To write a new article, just enter the article title in the box below. Caution: Search for the article first, to make sure it hasn't already been created.

Not sure where to start?

Community content is available under CC-BY-SA unless otherwise noted.
Advertisement